You may not know that Gen. George Washington tried to dissuade school teacher Nathan Hale from spy service, because, explained Washington, Nathan was too honest a man to lie and would easily be discovered.

Washington relented and Nathan went into the enemy camp in New York where he was betrayed by his cousin.

His is a story about a gallant school teacher, an inspiring patriot, a valiant young man who regretted he had but one life to give for his country.

“I am not influenced by the expectation of promotion or pecuniary reward. I wish to be useful, and every kind of service necessary for the public good, become honorable by being necessary.” –Nathan Hale, remark to Captain William Hull, who had attempted to dissuade him from volunteering for a spy mission for General Washington, 1776

This year we commemorate all who perished at the hands of our enemies in defense of our nation.

On Monday, May 28, let’s remember the blood shed by citizen soldiers, sailors, Marines and airmen who lost their lives in battles domestic and foreign.

If you have a flagpole, there is a flag protocol to follow: 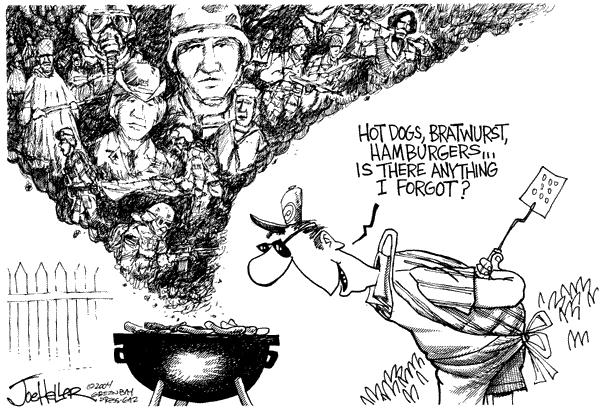