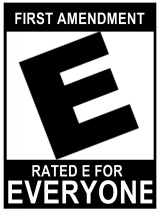 Progressive senators are attempting to nullify the First Amendment freedom of speech. Under SJ Resolution 19, the government will decide what is and is not permissible speech.

Contact your two U.S. Senators to tell them to OPPOSE Senate Joint Resolution 19.

Under our Constitution, the government never gets to be the arbiter of permissible political debate. – U.S. Senator Mike Lee (R-Utah)

Congress shall make no law respecting an establishment of religion, or prohibiting the free exercise thereof; or abridging the freedom of speech, or of the press; or the right of the people peaceably to assemble, and to petition the government for a redress of grievances.