Well, which is it? Man’s stewardship of the environment or collectivism in disguise? Can’t we have some plain talk? What is ‘it’? ‘It’ was once called “global cooling”, followed by “global warming” and now widely known as “climate change”. Well, which is it? Do you truly want to know?

Obviously, you can’t have it both ways, that is you can’t have it as “global cooling” and “global warming”. “Climate change”  is such a neutral term. It’s like my favorite word: “interesting”. When angry or ignorant people approach me intending to engage me in a fruitless debate, I simply reply to their claims as “interesting”. What does “interesting” mean? Absolutely nothing. Nothing at all. What does “climate change” mean? Absolutely nothing. Nothing at all.

In the name of all three claims by so called environmentalists, global cooling, global warming & climate change, we see the disintegration of heavy industries, smaller automobiles, higher fuel prices, declining electrical power reliability and so on.

Finally. Finally the number one environmentalist comes forward to disclose the truth behind their movement: the destruction of capitalism.

At a news conference last week in Brussels, Christiana Figueres, executive secretary of U.N.’s Framework Convention on Climate Change, admitted that the goal of environmental activists is not to save the world from ecological calamity but to destroy capitalism.

“This is the first time in the history of mankind that we are setting ourselves the task of intentionally, within a defined period of time, to change the economic development model that has been reigning for at least 150 years, since the Industrial Revolution,” she said.

Referring to a new international treaty environmentalists hope will be adopted at the Paris climate change conference later this year, she added: “This is probably the most difficult task we have ever given ourselves, which is to intentionally transform the economic development model for the first time in human history.”

The only economic model in the last 150 years that has ever worked at all is capitalism. The evidence is prima facie: From a feudal order that lasted a thousand years, produced zero growth and kept workdays long and lifespans short, the countries that have embraced free-market capitalism have enjoyed a system in which output has increased 70-fold, work days have been halved and lifespans doubled.”

In all three of the above definitions, do you see the word “system”? Let’s compare socialism with capitalism: the latter is a ‘system’; the former a ‘theory’. Why is socialism a theory? It’s never been proven to work. But, free market forces have been the staple economic system since the founding of our wonderful country and we call those free market forces ‘capitalism’.

What’s your plan? Are you going to sit out the fight and assure enslavement of your children and grandchildren? Not I, my friends.

Can’t happen here, you say. Yes it can, my friends. In fact, it’s happening right before your eyes.

What’s the cure? At this point in time, only the Living God, the God of Abraham, Isaac and Jacob can save us. Talk all we wish. Elect all the Republicans and Libertarians as we will, they can’t stop this slow march toward national dissolution. 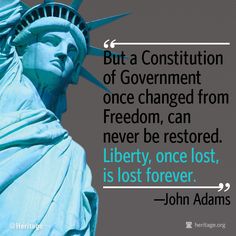 Here and there pockets of spiritual revival, spiritual awakenings, are appearing. Are they enough? No. Only national repentance, believing in and confessing the Lord Jesus Christ can save us. Question is will we repent or continue down this path of self-destruction?