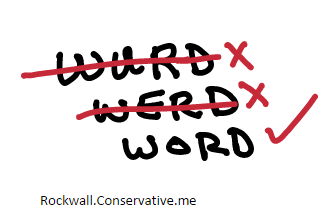 A favorite pastime for me is to study languages. Spanish is my second language, the one I study, read, write and recite most. I dabble in French, but my wife says my French sounds like a Mexican trying to speak French. So, it is I restrict my use of French to reading and sometimes writing. Pouvez-vous raconter, amigo? (language humor)

Lingua franca sounds like it means “the French language”, but the meaning of this phrase relates more to Greek and Arabic. Lingua franca was the Mediterranean language of commerce. In today’s global economy, the lingua franca is American English (my opinion).

An evangelist I know, David Shibley, speaking for the first time at an American church asks three questions:

Good, bad or indifferent, our American language, by extension our American culture, influences every nation on the face of the earth. A veritable cornucopia (unfortunately also a pornucopia) of movies translate into hundreds of languages thereby introducing our culture or perceived culture to every tribe, every nation, every culture. I say this to reassure you proper use of American English can get you around anywhere you go, but forgo slang and our unique idiomatic expressions like “kicking the bucket”.

If you ask a grocer for avocado anywhere in these United States, the grocer knows precisely what you want. Not so in Latin America and Spain. In Cuba and Mexico, avocado translates aguacate. However in other places like Peru, avocado translates palta. While in Spain you order panocha, the waitress brings to you corn-on-the-cob. Use that word in most of Latin America and she’ll angrily have you thrown out of the restaurant.

To my fellow Americans, this word appears to be a homonym of bacon. It’s not. Pronounce it bah–cahn, accent on the second syllable. If you have a rudimentary Spanish-language skill, it’s good to prepare your vocabulary BEFORE you travel. As with avocado and panocha, use of the word bacán warrants knowing the appropriate colloquial application.

What is Christian to you?

So you see, words have meanings, depending on geographical location, culture or an event in the past. Take the word Christian, for example. If one could travel back in time to the first century AD, this word Christian meant “Christ-like ones”. All those disciples of Rabbi Yeshua (Jesus) were Jewish Christians. For a Jew to become a Christian meant the loss of friendships and family, and often persecution and death. For a Jew to become a follower of Rabbi Yeshua (Jesus Christ) was a life-changing experience.

In the year of our Lord 2015, Christian most often means, “my parents are Christians“, membership in a denomination, or some political affiliation.

While visiting home groups in Cuba, I will ask la dueña or el dueño (owner) of the house, “Which of these persons are believers in Jesus Christ?” She or he will point to each in turn, saying, “Él, si. Ella, no.” (He is, she isn’t.) Cubans don’t think in terms of religious denominations; they think in terms of wholly believing in the Lord Jesus Christ, his virgin birth, crucifixion, and resurrection. I found this to be true of mainland Chinese believers, also.

The question of the hour is this: what is Christian to you? I grew up in the small coastal Texas city of Palacios. There were churches on all four corners of my block: Presbyterian, Methodist, Assembly of God and Nazarene. At the infrequent invitation of classmates or neighborhood friends, I would go to a church for a Sunday visit. My mother-in-law to be insisted I attend her Baptist church if I wished to be with my wife-to-be on Sundays. Not once did visiting a church affect me. Eight years after meeting my bride-to-be (five years of marriage) an Air Force sergeant came to my door with a fellow Air Force companion. In short, when this angry young man heard Sgt. Chuck Speare say, “John, you need Jesus!”, my life began immediately to change. For me, becoming Christian didn’t happen on the spot, but I began to explore churches and the Bible. About a year later, August 1969, while reading my wife’s red-letter Bible, I experienced this epiphany. All alone. No altar call. No evangelist nearby. I surrendered to the lordship of Jesus Christ.

Around the world of Islamic populations, this ‘epiphany’ experience plays out millions of times a year as the Lord Jesus Christ appears to Muslims in dreams and visions. Muslim background believers (MBB) hold a distinct definition of what it is to become a Christian, just as it was for first-century Jewish converts.

What about you? What’s your situation? God saves us by grace. Grace is a gift. It is the power and the desire to do God’s will. Do you yield to or resist the grace of God?