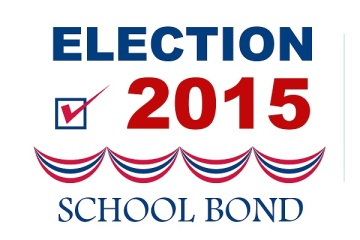 The 2006 bond was split into three propositions:
Proposition 1 (passed) $62,550,000
Proposition 2 (failed) $10,851,000
Proposition 3 (failed) $6,825,000
Rockwall ISD voters approved $63 million for construction of schools but opposed $18 million for athletic facilities that included the multi-million dollar natatorium.
After defeat of the $18 million propositions in 2006 by a sound majority over 55%, Joy Greenwalt, Renae Murphy’s predecessor was quoted in the Rockwall Herald-Banner to say, “The district respects and appreciates the community support and voter confidence in Rockwall Schools. The three-proposition bond program was designed to give taxpayers a choice in light of national, state and local needs.”
The following year Rockwall ISD came forward with another bond election with no choices whatsoever, except take-it-or-leave-it. That 2007 singular proposition was for $198 million.
I remember a real estate person standing in that same room at Harry Myers Recreation Center making a presentation at the time in which the propositions – THE CHOICES – were simply lumped into one big $198 million take-it-or-leave-it proposition.
Choices, options, inherently have at least two items from which to choose. Take-it-or-leave-it is NOT a set of right choices.
We in Rockwall are not unfamiliar with a government that does not represent the will of the people.
In 2004, we the people said a resounding “no” to a multi-million dollar courthouse bond election. In 2005 it came a second time and we said Hell No. Under the leadership of a clever county judge, commissioners court discovered they could build it without voter approval using $30 million in tax notes, meaning we were overpaying property taxes to the county, and build it without our approval.
I personally recognized the need for a new courthouse, but I believed we didn’t have enough good information and I and others most certainly did not want it on prime commercial real estate along I-30.
We see the same spirit in Rockwall ISD administration in this and the last bond elections. I hear the voice of that real estate person all over again.
RISD administration discovered the secret to getting what it wants while denying voters the freedom to choose what we pay for.
I am asking our voters to vote AGAINST (EN CONTRA) this bond proposition and demand RISD administration come back with SEPARATE, individual propositions and a proper defense of those propositions.
Democratic elections demand good information and the district has done a very poor job of making a case for a quarter-billion dollar bond election for which the total real cost will exceed one billion dollars in taxes through the life of this bond.
RISD has done a good job marketing this bond election with colorful brochures and its publicity campaign, but it has not done an effective job of informing voters.
I will vote AGAINST (EN CONTRA) this bond election.
John White
Rockwall, Texas
Election Day is November 3, 2015. Early Voting is the 19th of October thru the 30th of October.
For more information, click on this link of the Rockwall County Elections Department.