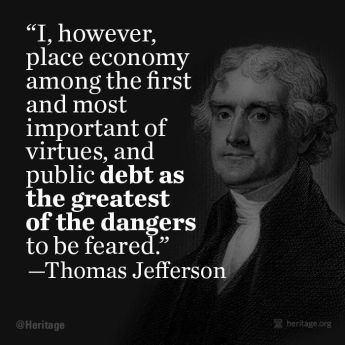 the Rockwall ISD Board of Trustees voted unanimously, only Jon Bailey absent, to go forward with a solitary $257 million take-it-or-leave-it bond proposition.

If choices be removed from taxpayers, why have an election? Why not disregard the principle of republican government altogether?

What is an oligarchy? Merriam-Webster defines oligarchy as, (1) government by the few; (2) a government in which a small group exercises control especially for corrupt and selfish purposes; also : a group exercising such control.

Imagine your children “deeming” whatever they want “essential”. Imagine the economic havoc on your bank account if those children spend as they will.

In my home we followed the Golden Rule: He who has the gold rules.

Here in the district, taxpayers have the “gold” and bond elections are our means to prevent chaos in our local government finances. Well, the Golden Rule was in force throughout our school district’s history up until 2006. Beginning in 2007, Rockwall ISD trustees completed a metamorphosis from elected representatives of the people to oligarchy. This describes the chief characteristic of socialism whereby, yes, you retain ownership of your property, in this case the “gold”, but government decides how you will spend it. This is tyranny of the oligarchy.

As a former corporate account executive I can attest to the fact Jeff Bailey’s people have done an excellent job of marketing this bond election. Getting the bond committee to buy in to district-wanted items is a tried and proven technique for selling to local governments. Those costly mailers are outstanding. He prepared very well his sales pitches to various groups. A strategy to hand out “I Love Rockwall Schools” signs at the homecoming rally was effective as a “blame game” operation to get more signs in yards ahead of the bond election. Bailey’s strategy to pay extra for “rolling polling” that targets sympathetic moms and dads who just happen to be at planned school events is a stroke of genius, and I praise the administration’s tactics with all sincerity, in the sense of successful selling.

The bond issue will pass for one simple reason: very low turnout by tax-paying voters; high voter turnout by sympathetic mommies and daddies. Yes, this bond will pass, due to voter apathy.

We haven’t quite caught up with Frisco ISD’s indebtedness, but, left unchecked, by golly our oligarchy can soon put us ahead of Frisco’s per student indebtedness at $33,224/student. Before passage of this 2015 bond, Rockwall ISD indebtedness stands at $23,224/student.

I voted Against (En Contra) the school bond proposition, because I believe we taxpayers are owed choices. One is not a choice. This bond election should have been structured with accountability as are all City of Rockwall bond elections.