1) District administration works up a “wish list” of items for which taxpayers are asked to fund.

2) Taxpayers vote to tell them what they can have.

You can relate to a family in which the children go to parents requesting things they absolutely must have, “essential” wants.

Parents consider what the children want and decide what is practical to pay for.

In 2007, the pattern changed. Then and now, the district tells the taxpayer “parents” what they will pay for. Period.

Imagine the same thing happening in your family, if your children came to you to tell you what you will involuntarily spend your hard-earned money on.

This 2015 bond election has no choices but take-it-or-leave-it. The superintendent has cleverly used our tax dollars for flashy marketing materials and late-night “rolling polling” that targets the socker moms and dads.

I urge you to vote AGAINST the 2015 Rockwall ISD bond proposition which should come back next year with CHOICES for which we can approve or disapprove. 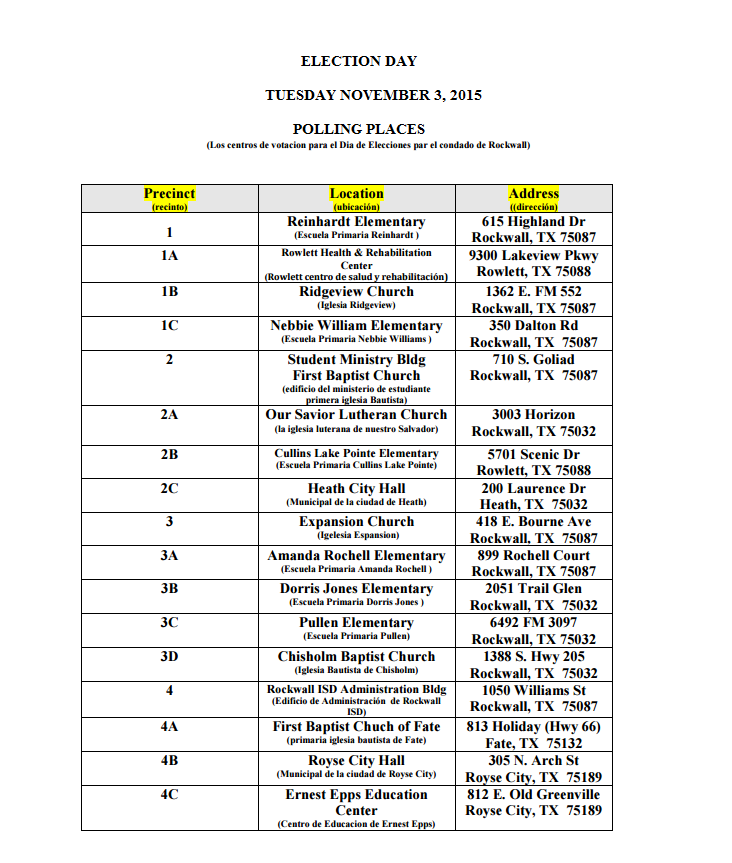