Almost 2,000 years ago, the Messiah, Jesus the Christ, prophesied end-times earthquakes in Matthew 24:7, Mark 13:8, and Luke 21:11. An even more ominous earthquake prophecy that is found in Psalm 46 was written around 701 BC.

So we will not fear when earthquakes come
and the mountains crumble into the sea. – Psalm 46:2

Mountains crumbling? Is this possible?

According to the USGS, on average, there are 150 earthquakes of 6.0 or greater magnitude per year. Earthquakes are increasing at an alarming rate. But, that’s not all that we should be mindful of. 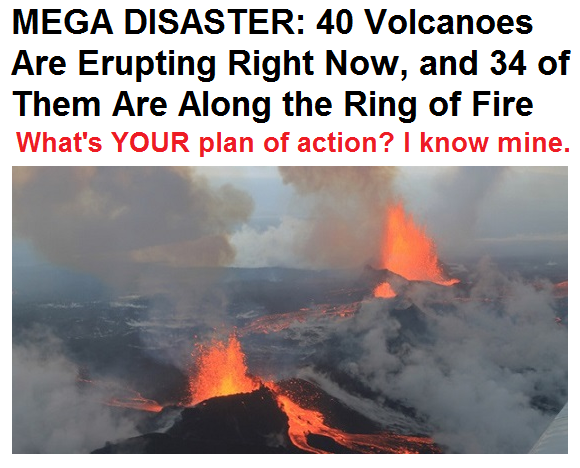 Yesterday, April 25, 2016, there were 226 quakes of 2.5 magnitude and greater, worldwide. Also worldwide, volcanoes erupt in ever greater number while some are poised to erupt with devastating consequences. To us. Here. In the United States of America.

Yellowstone is the largest of 60 super volcanoes and the one that poses the greatest threat to human life. There are geologists who predict an eruption of Yellowstone this year, 2016. Take note that such predictions are often off by a thousand years or more. Or less.

Back to crumbling mountains. A year ago, April 29, to be precise, a devastating earthquake of 7.8 magnitude reduced the height of Mt. Everest by 3 feet.

So, what am I saying?

All signs point to the last days, a time marked by famines, earthquakes, volcanoes, wars, and pestilences. What would you do, if suddenly there were no more electricity, food and fuel, and the country erupts in violence? What would you do?

As for me and my family, we have a hiding place. No, it’s not an underground bunker. Our hiding place is a sure refuge from disaster.

The name of the Lord is a strong fortress;
the godly run to him and are safe. – Proverbs 18:10

Here in these tumultuous times that clearly mark the end of the present age, I daily make sure my personal relationship with my Creator, my Heavenly Father who adopted me as a joint heir with his only natural born son Jesus Christ. The Lord is as near as the nose on your face. Call on him and he will answer.