Skip to content
RockwallConservative Politics July 5, 2016July 5, 2016 1 Minute
What was the number one grievance of our forefathers that ignited the Revolutionary War? 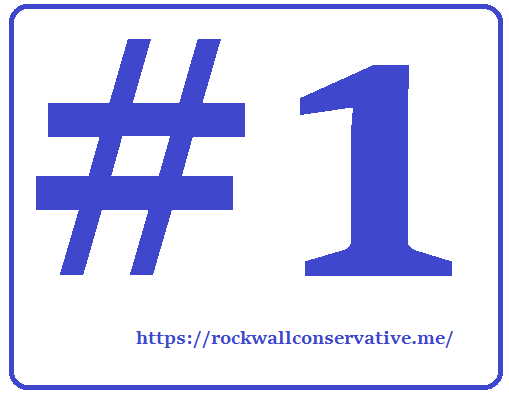 Taxation without representation? No, taxation was no. 17 in the list of 27 grievances stated in the order of importance in the Declaration of Independence. Specifically: “For imposing Taxes on us without our Consent”
If excessive taxation could cause a rebellion, America would be in rebellion today.
What was the no. 1 grievance? Here’s the text: “He [King George] has refused his Assent to Laws, the most wholesome and necessary for the public good.” Translation: “The King has refused to follow the Rule of Law.”
240 years later, our federal government has adopted King George’s modality for governance.
Let’s update no. 1 to see if you agree.
“He [President Barack Obama] has refused his Assent to Laws, the most wholesome and necessary for the public good.”
‘A pen and a telephone’ are not the constitutionally prescribed means to crafting law.
Oh, that I could assign responsibility for the ongoing lawlessness to a single political party, but, alas, I cannot. The Beltway Insiders, the political elites we call “The Establishment”, men and women of both parties contribute to an out of control federal government. Without their complicity, this sitting president could not carry on his agenda for “fundamentally transforming the United States of America.” [October 30, 2008]
Establishment politicians promised to repeal ObamaCare, a disastrous socialist experiment but failed to do so. In fact, their failure was more a betrayal than a simple failure. They funded it time and again.
There was an even greater failure in this democratic republic than the failure of Congress to fulfill a promise. It was a failure of We the People to do our duty.
Voter turnout in 2008 was merely 62%. Obama was easily re-elected in 2012. How was this possible?
The Reverend Franklin Graham stated the obvious: “God is in control, and if Christians are upset, they need to be upset at themselves. We need to do a better job of getting our people — the Church — to vote.”
When we vote, we get the government we want; when we do not vote, we get the government we deserve.
Voter registration is key to keeping our republic. Get Out The Vote – GOTV!
John White
Rockwall, Texas