Though raised a Catholic, Hayek abandoned the faith of his parents. He, instead, assumed

the philosophical worldview of an agnostic who based his beliefs on his observations of human folly.

Friedrich, an economist, ardently opposed statism, socialism, and communism. The latter he recognized for what it truly is: a religion.
Near the end of his life, Hayek wrote a book titled “THE FATAL CONCEIT | The Errors of Socialism” published in 1988. In this book, he wrote about the effects, the influences, of religious beliefs in a society. [link to book in pdf format http://ow.ly/1rjY302yjqG]
I quote from page 137:
“The undoubted historical connection between religion and the values
that have shaped and furthered our civilisation, such as the family and several property, does not of course mean that there is any intrinsic connection between religion as such and such values. Among the founders of religions over the last two thousand years, many opposed property and the family. But the only religions that have survived are those which support property and the family. Thus the outlook for communism, which is both anti-property and anti-family (and also anti-religion), is not promising. For it is, I believe, itself a religion which had its time, and which is now declining rapidly. In communist and socialist countries we are watching how the natural selection of religious beliefs disposes of the maladapted.“
Although Friedrich Hayek, a truly brilliant man, a thinker, lived to a ripe old age without ever reading the Bible, he came to a somewhat biblical worldview. Property rights and the sanctity of the family underlay the foundations of successful nations. God’s Ten Commandments demand respect of individual property rights (commandments 8 & 10) and the sanctity of the family (commandments 5 & 7). Why did he come to think this way? It was natural: Romans 1:20-22.
The “least religious” founding father, Benjamin Franklin, said, “As to Jesus of Nazareth, my opinion of whom you particularly desire, I think the system of morals and His religion as He left them to us, the best the world ever saw or is likely to see.” (written response to Ezra Stiles, March 9, 1790) Benjamin Franklin was biblically literate and demonstrated his literacy frequently in writing and speech.
Libertarians strive to define true liberty and to construct society around that theme.
Holy Scripture says, “But to this day whenever Moses is read, a veil [of blindness] lies over their heart; but whenever a person turns [in repentance and faith] to the Lord, the veil is taken away. Now the Lord is the Spirit, and where the Spirit of the Lord is, there is liberty [emancipation from bondage, true freedom].” – 2 Corinthians 3:15-17 AMP
In the years of his youth, Hayek was given a Bible, but by the time he was inclined to read it, it was nowhere to be found.
There is no shortage of Bibles in this country. By reading only three chapters per day you can read through the Bible in one calendar year. You possibly have several versions in your home now. Always keep in mind this simple truth: to be ignorant is a choice.
Are you a libertarian in search of true liberty? All you wish to know about a life, property rights and genuine liberty rests between Genesis 1:1 and Revelations 22:21. 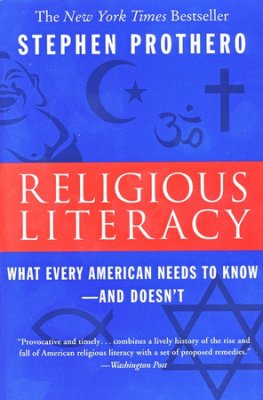 I recommend “RELIGIOUS LITERACY | WHAT EVERY AMERICAN NEEDS TO KNOW – AND DOESN’T” by Stephen Prothero. http://ow.ly/fN9K302ymhU
John White
Rockwall, Texas