From the 2011 Rockwall Comprehensive Plan, and to further reinforce the purpose of John King Blvd., read extracts from the plan.

“John King Blvd. is a City initiated, funded and constructed roadway. Named for an exceptional City leader, statesman and former Councilman, it was conceived to provide bypass traffic relief to Texas highway 205 which penetrates downtown, and to provide access and structure for developing properties on the east side of the City.” 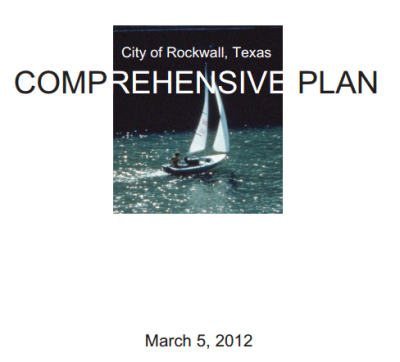 “John King Blvd corridor (see Appendix “C”). John King Blvd was conceived to provide by-pass traffic relief to Texas State Highway 205 and to provide access and structure for development on the east side of the City. The City should adopt design standards for this corridor similar to those in place for other key entry points to the City, particularly given the opportunity of enhancing the image of an undeveloped roadway corridor.”

Recently, new residents living along John King Blvd. discovered the intended use of that thoroughfare. They protest its use as a SH-205 bypass.

It’s human nature to resist change.  But, changes are inevitable in a city like Rockwall where growth is the new norm.

The issue is the common good. We the residents of Rockwall have endured major thoroughfare construction and improvements. I thank God Ridge Road is no longer a two-lane blacktop. I’m also thankful for the privilege to participate in the county 2008 road bond election that accelerated reconstruction of Ridge Road below Interstate 30.

No doubt residents in the southeast areas of Rockwall are thankful for improvements to SH-276 that for most of its history was a simple two-lane blacktop roadway.

Due to funding shortfalls, TxDot expects cities and counties to ‘pony up’ part of the cost of thoroughfare construction.

Because public thoroughfares are issues bigger than one neighborhood or small city, they must be carefully coordinated to assure adequate capacity for vital transportation routes. The City of Rockwall doesn’t exist in a ‘transportation vacuum’. Our fair city is but one of many in our North Texas region where thoroughfare plans are carefully worked out years in advance to assure equitable provision for all the municipal and county entities.

The North Central Texas Council of Governments is the agency that is responsible for cooperative transportation planning.

What is the NCTCOG?

“The North Central Texas Council of Governments (NCTCOG) is a voluntary association of, by and for local governments, established to assist local governments in planning for common needs, cooperating for mutual benefit, and coordinating for sound regional development.”

Learn from the NCTCOG 2012 Update how the council of governments how John King Blvd. fits into the master thoroughfare plan for our area. The outer loop project, by the way, will dwarf all other major transportation routes. And, sometime in the future, I-30 will be widened to handle growth of east-west traffic.

Transportation is always good for everyone. The folks who object to our plans for John King Blvd. as a SH-205 bypass would not be living where they are if we had not agreed to spend roughly 85 million dollars for that roadway.