The 2016 DNC delegates included those selected by Democrat voters and Super Delegates that automatically got the job due to political offices they held. 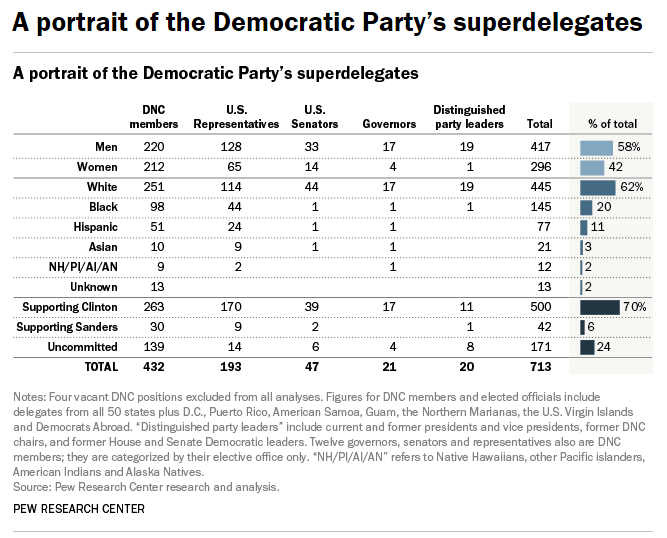 Who are the Super Delegates? According to the Pew Research Center, “Not just anyone gets to be a superdelegate. Under party rules, all sitting Democratic governors (21, including the mayor of Washington, D.C.), senators (47) and representatives (193) automatically get their convention tickets punched. So do 20 “distinguished party leaders” – current and former presidents and vice presidents, retired House and Senate Democratic leaders, and all past chairs of the Democratic National Committee, the party’s governing body.” Read more: Who are the Democratic superdelegates?

Rep. Deborah “Debbie” Wasserman Schultz (D-CD23 FL) was a typical capo of the DNC apparatchik. She became known for her ineffectiveness, and her dishonesty was uncovered from her emails. Her most recent ‘contribution’ to the party was her promotion of the wearing of safety pins “to show solidarity with those feeling vulnerable after Trump win“.

Who’s in line to become the next capo? The Muslim representative from Minnesota, Keith Ellison. According to the Powerline Blog, Ellison was a secret member of the Nation of Islam. Learn more about the Muslim who will most likely head the DNC: KEITH ELLISON FOR DUMMIES.

What do we know about Ellison’s worldview? Consider these quotes.

Although this country was founded by men who recognized God’s hand in the defeat of the mightiest military on the face of the earth and each president, judge, and legislator from the first pledged to uphold the Constitution with a hand on the Bible, Ellison holds the distinction of the first to be sworn in with his hand on a Koran. Ellison’s undeniable allegiance to Islam means he is a threat to our democratic republic.

Is Islam compatible with democracy? Hamed Abdel-Samad, born and raised in Egypt and the son of a Sunni imam, knows the answer to this question. Hamed is an Islam apostate (former Muslim). He explains Islam: “Islam is not a religion in the same way as Catholic or Protestant Christianity, but is intellectually always connected with the takeover of the state. For that reason the Islamisation of Germany is dangerous”.

I hope Democrats who are also loyal Americans experience a divine revelation by the Holy Spirit on the evils of Islam.