In 1959, Cuba had the fourth largest economy in the western hemisphere. It’s citizens enjoyed a higher standard of living than U.S. citizens. The Cuban peso was on par with the U.S. dollar and it was printed by the American Banknote Company.

Fidel Castro’s communist government enjoyed the financial and military backing of the former Soviet Union (USSR) from its inception until 1991 when the USSR collapsed.

Hugo Chavez supplied Fidel Castro with money, oil, and technology paid for with cash from the Venezuelan state-owned oil company PDVSA, the only funds Chavez could constitutionally control.

Hugo Chavez drained PDVSA of capital to fund his socialist ‘reforms’ of low-cost grocery stores, cheap gasoline and a host of other things. The Castro government exchanged human capital in the form of Soviet-Union-style government administrators and medical personnel. As an aside, Chavez worked to undermine the Mexican government by providing free eye surgeries to poor Mexicans.

Maduro followed Chavez as president and the Venezuelan economy and society continued its slide into the abyss of economic collapse. Desperate Venezuelans face dire food shortages.

For many years desperate Cubans fled Castro’s socialist paradise aboard boats and crude rafts. They are known as the balseros (people who ride on rafts).

Now, desperate Venezuelans follow suit. We have a new generation of balseros. 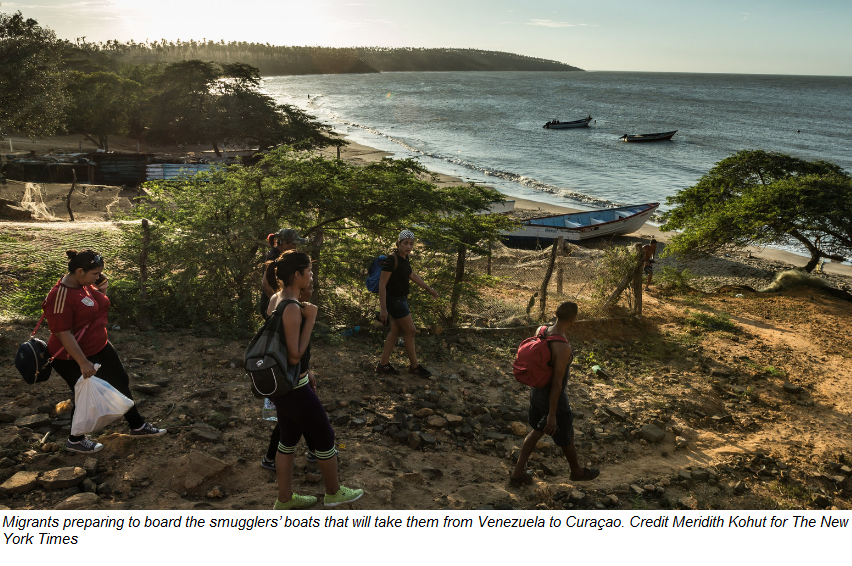 As Venezuelan financial support dried up, Cuba’s communist government faced imminent collapse. Want to guess which socialist stepped up to the plate?

President Barack Obama could have worked to end the Cuban embargo seven years ago, but he did not. Why did he suddenly decide to open up travel to Cuba? I provided that answer December 25, 2014 – Obama’s Cuban-Venezuelan Connection – Why He Ends the Cuban Embargo: my opinion.

Barack Obama, Hillary Clinton, and fellow progressives persistently manipulate and maneuver to undermine our republic in favor of socialism which is the bridge to global governance.

Socialism failed in Russia, in the Soviet-bloc countries, in China, in Brazil, Cuba, and Venezuela which is now  Cuba 2.0. Most certainly it will fail here, also.

I believe with all my heart that God has given us a second chance, as indicated by the miraculous election of President-elect Donald Trump. It is now imperative we teach the true history of this nation to the next generations of citizens.