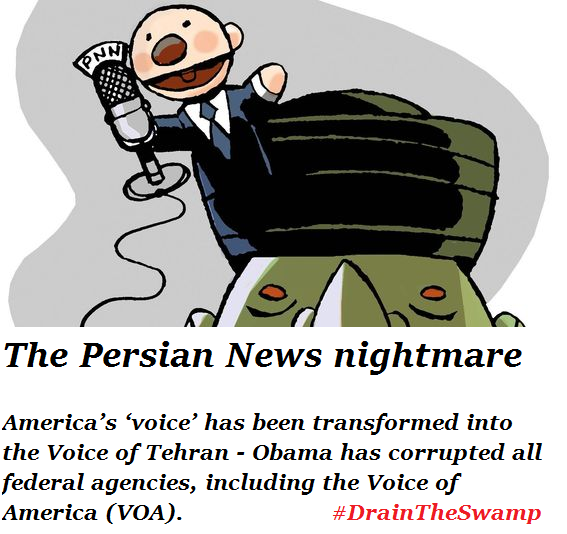 The VOA followed mainstream media like CNN and MSNBC to promote Hillary Clinton while obfuscating the truth about this presidential election.
From the Washington Times, learn how “America’s ‘voice’ has been transformed into the Voice of Tehran”.http://bit.ly/2hkUCaU
Back in 2008, while running for president, Barack Obama pledged to fundamentally transform America. By this, he meant to turn American upside down as he revealed himself anti-American and as a Muslim apologist.
The first thing the Trump family will have to do before moving into the White House is to sanitize it by removing the filth of corruption left behind by the Obama gang.
John White
Rockwall, Texas