The Affordable Care Act was perpetrated on Congress and the American people through intentionally misleading information from the Obama administration. 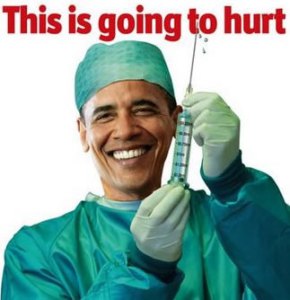 In the video below, MIT economist Jonathan Gruber describes how the bill was written “in a tortured way to make sure that CBO did not score the mandate as taxes. If the CBO scores the bill as taxes, the bill dies…The lack of transparency is a huge political advantage…Call it the stupidity of the American voter, whatever, that was critical to get the thing passed.”

Fact Number Three: The original goal was and remains single-payer

Democrat Lawmakers Intended From 2009 to Move the nation to single-payer health provider – aka National Medicaid.

Fact Number Four: A single-payer health care system that covers everyone must be paid by healthy, employed taxpayers.

Therefore, income taxes will dramatically rise to fund a single-payer system and absolutely every detail of our formerly private lives would be at the fingertips of federal bureaucrats.

I quote from the final draft, “Any honest agenda for improving healthcare must start with repeal of the dishonestly named Affordable Care Act of 2010: Obamacare. It weighs like the dead hand of the past upon American medicine. It imposed a Euro-style bureaucracy to manage its unworkable, budget-busting, conflicting provisions. It has driven up prices for all consumers. Their insurance premiums have dramatically increased while their deductibles have risen about eight times faster than wages in the last ten years. It drove up drug prices by levying a $27 billion tax on manufacturers and importers and, through mandated price cuts for drugs under Medicare and Medicaid, forced pharmaceutical companies to raise prices for everyone else.”

I insist Senate Republicans be promise keepers and fully repeal the Afforable Care Act. If there is to be an expansion of Medicaid for existing conditions, do so under a separate bill.