For the record, businessman Donald Trump was duly elected to the office of President of the United States of America. Even before taking the oath of office on January 20, 2017, enemies in the form of fake news, Democrat skulduggery, and establishment Republican push back seem to labor in concert to defeat the agenda of President Trump. The most insidious enemy of this president is the establishment political machines of both parties. 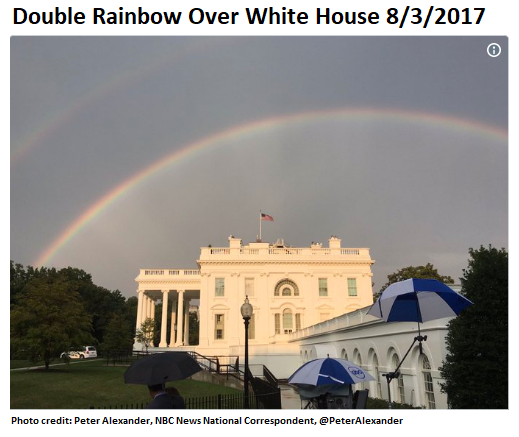 After Noah’s ark came to rest on the solid ground and Noah’s family were safe from the great flood, God made a covenant with Noah, his family, and all his descendants. We pick up the post-flood story in Genesis chapter 9, verses 12 through 17 [NLT].

The political storm isn’t over and God’s promises are sure. Evil forces have been chipping away at the very foundations of the Republic from the beginning of our existence as a nation. We are in a spiritual war that culminates before our eyes. Has this war on freedom hit its zenith? By no means.

Now the good news: President Trump is keeping his promises to the American people.

What can we do? By ‘we’, I mean God-fearing, Bible-believing Christians.

If you are not a God-fearing, Bible-believing Christian, you can become one. In an instant of time. Follow these steps.