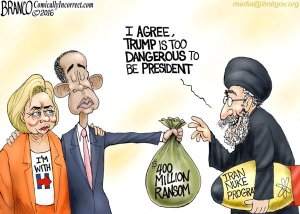 He surrounded himself with radical leftists, communists-in-fact, and Muslim radicals. Over his nine years in office, Obama prevented our military forces from defeating ISIS as he finagled the rules of engagement.

His first initiative as president was his apology tour

At the beginning of his presidency, Barack Obama traveled to Cairo, Europe and the United Nations to “apologize” for past American actions and attitudes, which he claimed helped create divisions between countries. At a town hall meeting before a mix of French and German citizens in Strasbourg, France, on April 3, 2009, the president said the United States was partially to blame for increased tensions with Europe following the Iraq war: “There have been times where America [has] shown arrogance and been dismissive, even derisive” toward Europe. 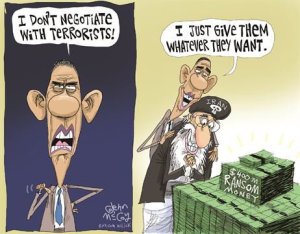 Can President Donald Trump undo all the evil perpetrated by his predecessor? I believe all things are possible with God.

How is it the party of Harry Truman has become the party of socialism, historical revisionism, and anti-Americanism?

Why were Democrat lawmakers stridently opposed to tax reform?

Why do Democrats oppose vetting of Muslim immigrants, a policy already validated by in-country Muslim terrorist attacks? The Los Angeles Times reports “…all 10 terrorist attacks in the U.S. since Sept. 11, 2001, that were carried out by radicalized followers of Islam. There were 12 perpetrators…All were either Americans citizens or in the country legally.”

I have no answer for these questions and I am a former Democrat. In south Texas, we were all Democrats throughout the years of my youth, but now we are chiefly Republicans.

Truly, all things are possible through the grace of God.