Doesn’t this story tear at your heart? Not mine.

Now for the Facts

Here is his ICE most-wanted report on Armando’s criminal history to bring balance to the tale of woe. Click on the image for more information. 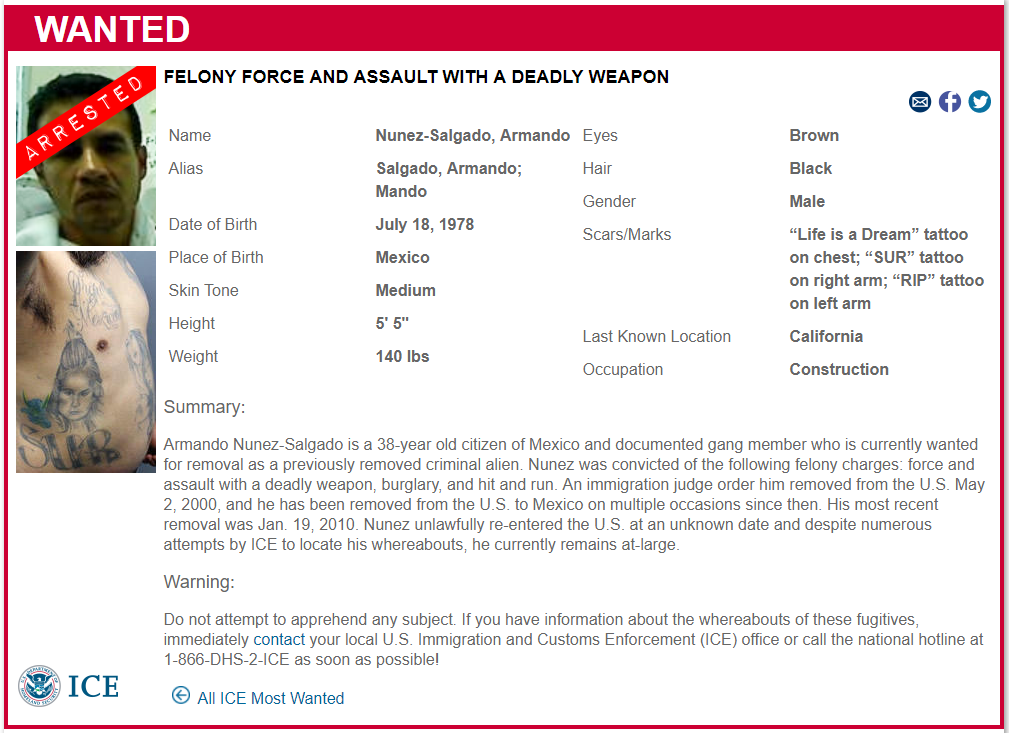 To be clear, ICE has neither plans nor intentions to deport all undocumented (illegal) aliens. As the President said, they are after the bad hombres, felons by any legal definition.

Democrats promote a false narrative of the 287g program as government preying upon sweet, innocent, hard-working people who just happen to be in this country unlawfully.

Fact: the 287g program facilitates identification of persons with known criminal records. It’s helpful to understand that the persons identified through the program are persons who have committed either a Class-B or Class-C misdemeanor, meaning some infraction of the law that leads to the arrest and incarceration of a lawbreaker.

Two of the common qualifying misdemeanors are DUI and DWI offenses. I and my mother were victims of a drunk driver over 60 years ago, a car crash that crippled my mother for the rest of her life. Drunk drivers get no sympathy from this victim.

When you read such stories, look for more information.

Any story sounds true until someone tells the other side and sets the record straight. Proverbs 18:17

When Democrats and liberal media report injustice by ICE agents, look for the other side of the story.