In a word, NO, illegal aliens cannot lawfully vote in California, despite rumors to the contrary. 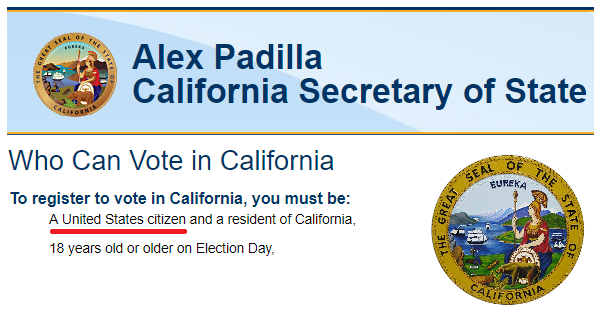 The City of San Francisco, this week, passed an ordinance to allow non-citizens to vote in school elections, contrary to California state law.

Qualifications to vote in any California local or statewide election are clear and unmistakable. Only US Citizens and legal residents of California may register to vote.

Due to conflicting factors, illegal aliens are registering to vote, including voter intimidation laws and motor-voter registration.