Political correctness does not paralyze the liberals in Austin; it is the lifeblood of its municipal government. 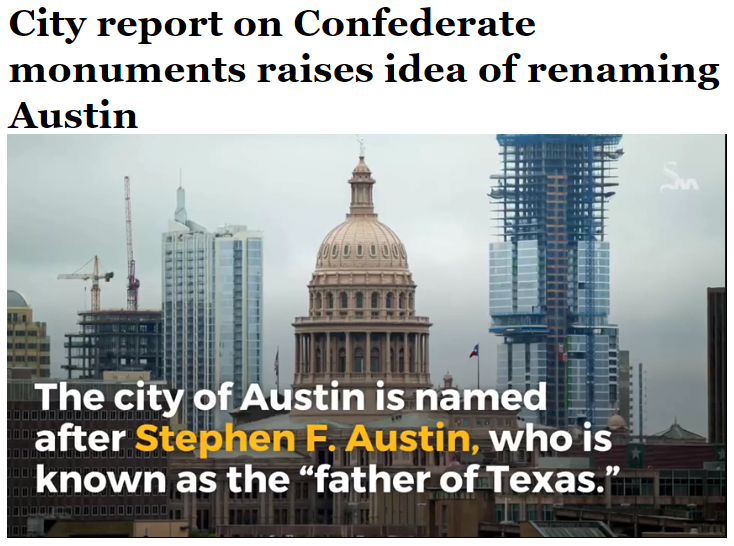 The liberal Dallas City Council, under the leadership of liberal mayor Rawlings, removed the statue of Robert E. Lee from a park named after him. However, historical revisionism 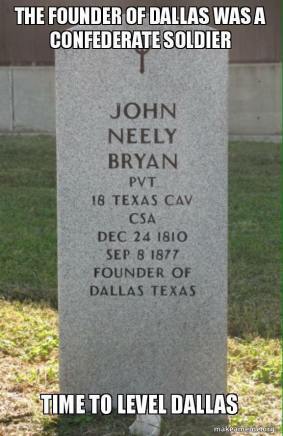 in this city has its limits, apparently, because no one has proposed renaming the city which bears the name of a Civil War soldier.

I can foresee a scramble throughout the Lone Star State to succumb to the insanity of historical revisionism.

All the streets, cities, and parks throughout the state will become targets of those who claim offense by memorials to people who once owned slaves or promoted or defended slavery: Houston, Austin, Fannin, Crockett, Hogg, and others.

Slavery is a fact of Texas history. The cruel slaughter of millions of Jews in Germany is also a fact of history.

Germany chose to outlaw historical revisionism so that generations yet unborn would never repeat the sins of their forefathers. In fact, it is unlawful in Germany to deny the Holocaust.

Meanwhile, here in Texas, the liberal historical revisionists seek to sweep our history under the carpet, to deny it ever happened.

How will Austin “keep it weird” if it’s no longer Austin? Someone will have to come up with a new name for Austin City Limits.

Whoa! I can now hear Mayor Rawlings clamoring to rename Jefferson and Davis Boulevards. What will he rename the city itself? Rawlingsville?

We are what we are, and where we are, as the consequences of history. Revising – masking – our history cannot and does not erase all the acts and facts of our ancestors.

Learn the history of slavery in Texas from the Texas State Historical Association Online https://tshaonline.org

Let us purpose to preserve our history, warts and all, so as to prevent, in as much as possible, repetitions of past sins of society.