What is it about President Trump’s accomplishments that arouse such hatred? 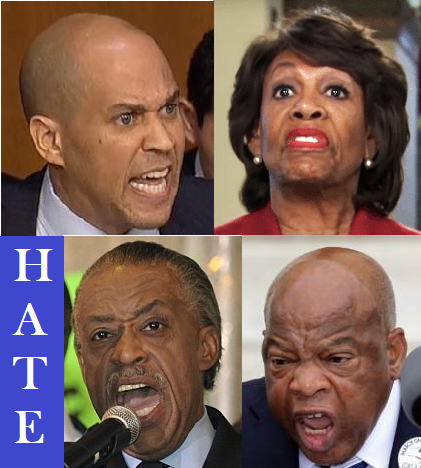 The hatred was evident even before January 20, 2017, when Businessman Donald Trump took the oath of office and assumed the presidency. In fact, Representative Maxine Waters (D-CA) called for impeachment four days before his inauguration.

The Daily Caller, 1/16/2017:
Rep. Maxine Waters Struggles To Explain Why Trump Should Be Impeached [VIDEO]

It seems an accounting of President Trump’s accomplishments is in order to uncover which of these it is that arouses such virulent hatred.

Frankly, I can point to some of President Trump’s accomplishments that raise the hackles of those angry, hateful Democrats. Specifically:

The question asked thousands of years ago seems appropriate for this season.

Why do the heathen rage, and the people imagine a vain thing? – Psalm 2:1 KJV

When there is a war between the rational and the irrational, it is obvious the fight isn’t over ideology; it’s a spiritual battle. At this point in time, a flood of Democrat candidates, chiefly democratic socialists, are vying for every office in the land, especially here in Texas. Here, again, the Holy Scripture speaks.

When the enemy shall come in like a flood, the Spirit of the Lord shall lift up a standard against him. – Isaiah 59:19 KJV

The battle underway now isn’t a political fight. Neither is it an ideological battle. This is an all-out spiritual war, the Kingdom of Satan v. the Kingdom of God.

For we wrestle not against flesh and blood, but against principalities, against powers, against the rulers of the darkness of this world, against spiritual wickedness in high places. – Ephesians 6:12 KJV